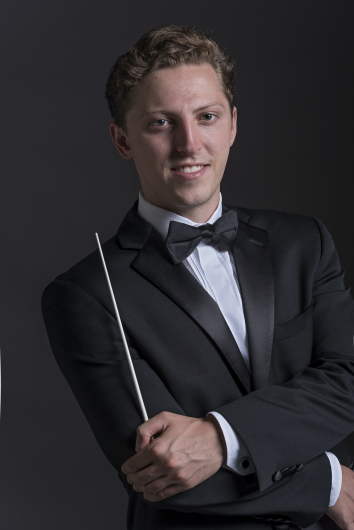 Music director of the Apollo Ensemble of Boston since 2018 and of Festival Theater Hudson since 2021, Elias Miller has established a reputation as a leading young conductor and orchestra builder. Recent highlights include a series of outdoor concert cycles with the Apollo Ensemble, a performance with the Pro Arte Orchester in Vienna, Austria, and a staged production of Wagner’s Die Walküre (Act I) and the U.S. premiere of Ittai Shapira's Magyar: Concerto for Two Violins with FTH. During the past year, Miller also served as a cover conductor for Gemma New with the Minnesota Orchestra, JoAnn Falletta with the Buffalo Philharmonic Orchestra, and David Alan Miller and Erina Yashima with the Albany Symphony Orchestra, and as a camera cue caller for The Philadelphia Orchestra and The Orchestra Now.

An active conductor of opera and oratorio, Miller led the Harvard Early Music Society in several premieres of works between 2016 and 2019. These productions included the Boston premiere of J.A. Hasse’s Alcide al Bivio in collaboration with the Harvard Baroque Chamber Orchestra, the North American premiere of Telemann’s 1745 Johannespassion, a production that featured famed countertenor Charles Humphries and earned Miller an enthusiastic preview in the Boston Globe, and the North American premiere of J.A. Hasse’s Sanctus Petrus et Sancta Maria Magdalena. Miller has also conducted performances of operas by Gluck (Orfeo ed Euridice, indepedent opera production), Stravinsky (The Rake's Progress, Harvard College Opera), William Grant Still (Minette Fontaine, graduate students at the University of Michigan), and Gilbert & Sullivan (Ruddigore, Harvard-Radcliffe Gilbert & Sullivan Players). Other ensembles he has conducted in the past include the University of Michigan's Symphony, Philharmonia, and Campus orchestras, the Ann Arbor Camerata, the Harvard-Radcliffe Orchestra Chamber Players, The Weston Wind Quintet & Friends, the Medomak Festival Orchestra, and the Chromos Collaborative Orchestra. Miller has also served as the assistant conductor for Opera Saratoga, the Boston Chamber Symphony, and Harvard College Opera. 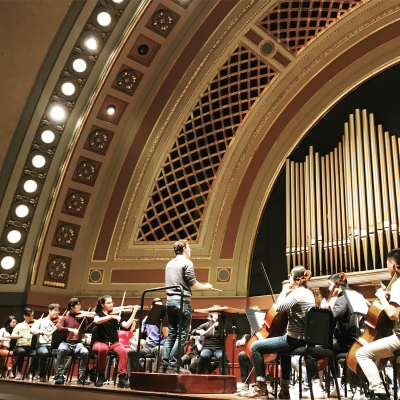 "One could tell from the body language of the musicians how committed they were to both the music and to the gifted conductor, Elias Miller, who knew exactly what he wanted and how to convey it to his 'troops.'"

"[Co-directors] Miller and Grills have really steered the whole project themselves, from fund-raising and securing venues to printing programs and enlisting the required forces, which include a small orchestra, and chorus and five vocal soloists… Most of the other conducting projects Miller has undertaken have been similarly self-driven, entrepreneurial undertakings.”

"Throughout the evening, conductor Elias Miller achieved a fine balance of the components of his ensemble, bringing out the passionate violins and soaring flutes that often mirror soloists’ melismatic runs." 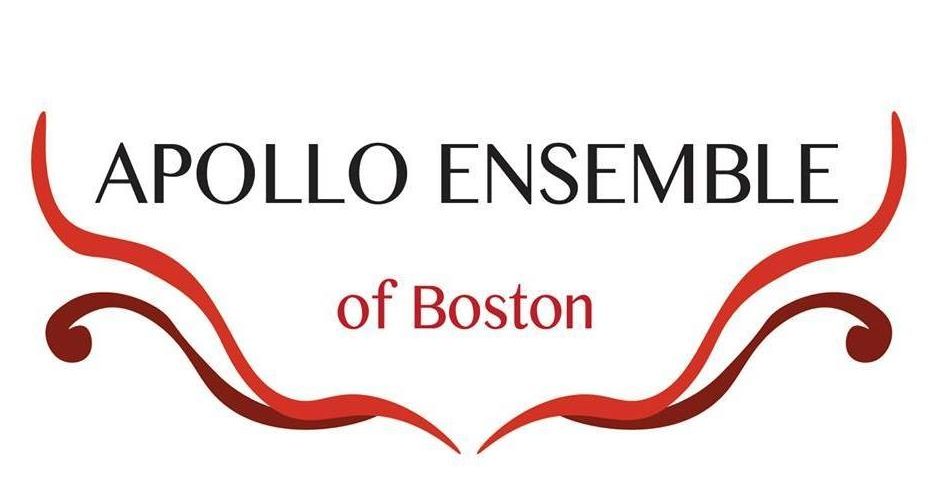 Founded in 2018 by Elias Miller and Michael Tabak and conducted by Elias Miller, the Apollo Ensemble of Boston is a 50-member chamber orchestra made up of some of the Greater Boston Area’s best musicians. In its first four seasons, the ensemble has already explored a diverse body of repertoire in a series of well-attended and well-received concerts throughout the region. Its musicians have tackled everything from the small ensemble works of Stravinsky and Schoenberg to the symphonies of Beethoven and Brahms (concerts for which the ensemble expanded into a full symphony orchestra). An all-volunteer group, the Apollo Ensemble gives conservatory students, high-level amateur professionals, and professional musicians alike excellent performance opportunities and serves to bring outstanding music to Boston audiences in accessible, community concerts. This year, the Apollo Ensemble looks forward to many more performances featuring music written for both chamber and symphony orchestra in venues in Jamaica Plain, Cambridge, and Carlisle.